Q: What two or three drug molecules do you identify as having had the greatest impact on society? What about on the pharmaceutical industry?

Over the last century, several groundbreaking inventions in drug discovery have contributed to a remarkable increase in life expectancy. Against this backdrop, it is difficult to identify three drugs having had the greatest impact on society. I’ve identified three that changed the course of medicine.

Insulin: The discovery of insulin revolutionized both the therapy and prognosis of diabetes. This is one of the most studied diseases in the history of medicine, dating back to Egyptian medical texts in 1552 BC. Ever since the isolation of insulin from pancreas tissue in 1923, numerous efforts were made to produce fully synthetic insulin, from rDNA human insulin in 1978 to various insulin analogs in 1996, aimed at optimizing insulin absorption, distribution, metabolism, and elimination. The dream someday is for needle-free delivery of insulin by oral route.

Penicillin: The accidental discovery in 1928 of penicillin, an antibiotic drug, changed the history of medicine. Penicillin has become the most widely used antibiotic in the world. It is impossible to imagine what the world would be like without penicillin and the progress we made subsequently in the management of infectious diseases with the currently available antimicrobial drugs. This discovery of penicillin led to the synthesis of over 40+ drug molecules with varying antimicrobial activity against different types of pathogenic bacteria.

Trastuzumab: Trastuzumab, approved in 1998, derives from basic molecular biology and animal tumor virology focusing on receptor-mediated monoclonal antibody drug therapy. It is a humanized IgG1 kappa monoclonal antibody that selectively binds with high affinity to the extracellular domain of the human epidermal growth factor receptor 2 protein, HER2. More than 250,000 U.S. women are diagnosed each year with invasive breast cancer, 20% of whom have tumors with HER2 mutations. Based on a published report in 2014, 85% of these women (with HER2) are expected to survive for at least 10 years with treatment with trastuzumab. In addition, the success of monoclonal antibody therapy has revolutionized the discovery programs within laboratory operations with more selective drug therapies, exemplified by more than 45 FDA-approved drug products based on monoclonal antibodies. 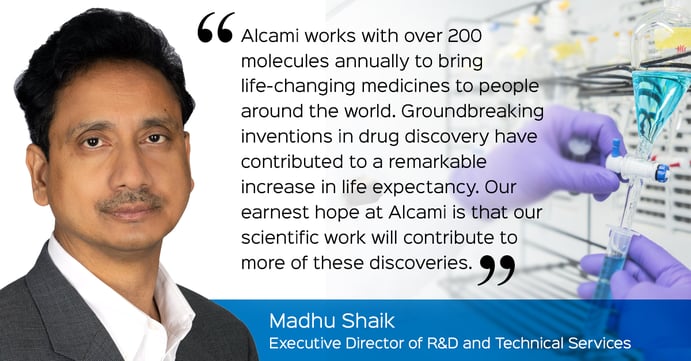 The implementation of the Drug Supply Chain Security Act (DSCSA) requirements poses many...