According to the US Orphan Drug Act of 1983, a rare disease is defined as a condition that affects fewer than 200,000 people. The term orphan disease originated from pharmaceutical companies not having the resources to design and scale-up formulations to treat these diseases due to the lack of financial support for such highly specialized programs. The need for financial backing resulted in The Orphan Drug Act of 1983 that gave companies a means to develop treatments for rare diseases (NIH, 2017).

The State of Treating Rare Diseases
The US Food and Drug Administration (FDA) is working alongside the NIH to strengthen efforts to deliver the results of the research and development of rare disease treatments to the market and ultimately to the patient. With minimal research and few subject matter experts, oftentimes little is documented for scientists to draw information from when developing and scaling-up an orphan designation product formulation.

“The FDA Office of Orphan Products Development (OOPD) mission is to advance the evaluation and development of products (drugs, biologics, devices, or medical foods) that demonstrate promise for the diagnosis and/or treatment of rare diseases or conditions. In fulfilling that task, OOPD evaluates scientific and clinical data submissions from sponsors to identify and designate products as promising for rare diseases and to further advance scientific development of such promising medical products. The office also works on rare disease issues with the medical and research communities, professional organizations, academia, governmental agencies, industry, and rare disease patient groups (FDA, 2018).” 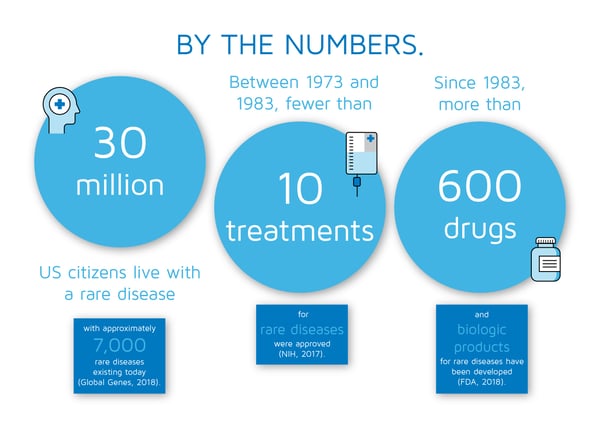 Differentiators of Orphan Indication Product Formulation
According to Alcami’s Senior Formulations Development Scientist Jack James, “the key differentiator in developing a formulation for an orphan drug is usually the limited amount of resources available from the sponsor. The budget is also typically modest so the development must be done efficiently and cost-effectively. Experiments must be designed thoughtfully to generate needed information without waste or redundancy, but thorough enough to ensure robust formulations. The amount of available active pharmaceutical ingredient, or API, is often very limited, so once again the formulation must be developed using minimal numbers of experimental batches at small scale. Time is generally confined as well for orphan indication drug products. The formulation development often needs to proceed rapidly to meet the needed timelines and financial restrictions of the client.”

Managing the Scale-Up Process
Working with APIs that have unfriendly physical and chemical properties is challenging especially when time, financial resources, and API availability are often in short supply. “The various problems that may be encountered with the API in orphan drugs are similar to those often encountered in non-orphan drugs such as stability problems, poor solubility, poor flow, and compression tablet properties; however, the problems and obstacles have to be solved quickly in orphan drugs without exhausting the supply of API and the client’s financial resources. It is crucial to have an experienced formulation staff that has extensive experience in solving the various problems that arise from poor API properties. It is also crucial for clients to understand the value of allowing formulations enough time for early development work to help ensure a high chance of success. It is important to resist the temptation to take the easiest, quickest path that could lead to problems later on,” states James.

In Conclusion
Alcami’s formulations team has experience developing a vast number of compounds in various solid oral dosage forms and in parenteral dosage forms– giving insight into developing formulations quickly and with a high chance of success with minimal experimentation.  The manufacturing areas also have a broad range of experience in providing clinical supply materials over a number of years at the pilot scale— fitting nicely with the size of orphan drug development and manufacture. Alcami has the facilities, equipment, flexibility, and expertise to manufacture the customized small and moderate-sized batches required for orphan drugs.

Technical Contributor
Jack James is a 20 year veteran of Alcami’s formulation development laboratory primarily developing solid oral dosage forms. Jack has considerable experience in formulating both immediate release and sustained release products with patents granted and pending in both areas. He has worked with a vast number of drug substances and is familiar with a large variety of process and manufacturing procedures. He obtained his Chemistry Degree from the University of California at San Diego.